We are pleased to announce that our work Inverso Mundus participates in the Taiwan Contemporary Culture Lab (C-LAB)’s Future Media Arts Festival: Imagining the Future through Combination of Online and Offline. 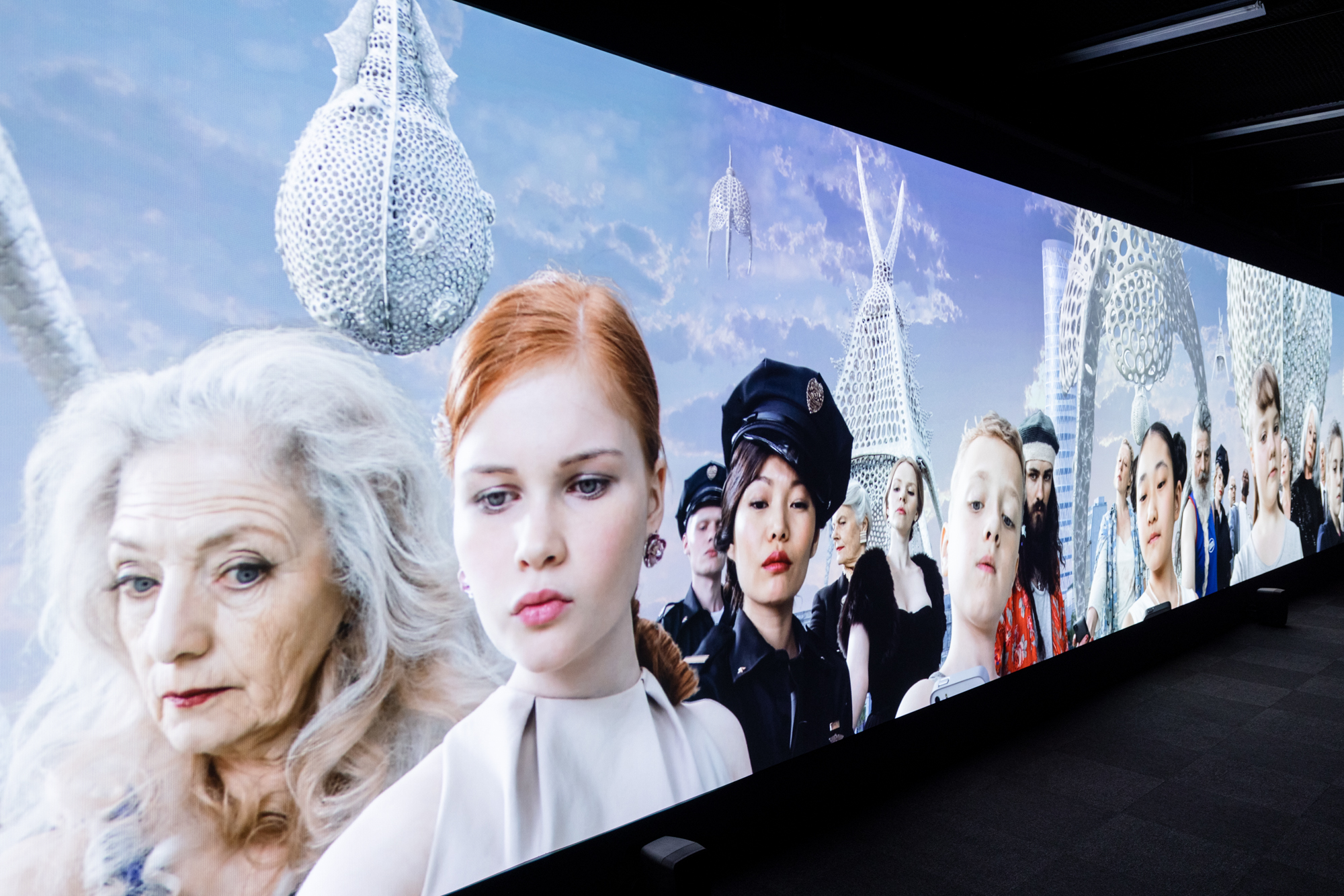 Learning from the Past, Exploring the Present, and Imagining the Future

When digital hegemony and human struggles become commonplace, how much truth and beauty will exist in the future? In a world of pandemic and endless political wrestling, data and parameters may become tools for propaganda and protests when dealing with global political, economic, and social issues. The German NGO Tactical Tech exposes methods by which fake news is spread on social media platforms in The Glass Room (Misinformation Edition), while American artists Bill POSTERS and Daniel HOWE present Big Dada: Public Faces, a deep fake video in which AI-synthesized celebrities share misinformation. TFN-Technological Finding Netbot was co-produced with the Hong Kong-based Microwave International New Media Arts Festival, discussing the issue of NFT trading. It invites reflection on the decentralization and anti-authoritarian control of blockchain and digital currencies, which can lead to the development of new digital creation trading mechanisms. Are these opportunities for the future or something that will eventually be swallowed up by capitalism?

C-LAB curator WU Dar-Kuen and guest curator Escher TSAI collaborated on this future-themed event, which includes 24 works produced by 23 individuals and groups of artists from Taiwan and abroad, in addition to lectures and workshops. This exhibition connects to the FUTURE VISION LAB project of the Technology Media Platform in an attempt to imagine the future of media arts. Also, with the creation of the online platform, Unzip C-LAB, the exhibition is proposed in the form combining online and offline, broadening the infinite possibilities for future curatorial practices.